Interactive narrative: “The Writer Will Do Something” 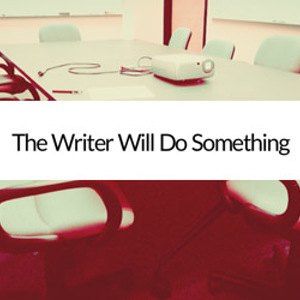 “The Writer Will Do Something” is a Twine story by Matthew Burns in which you play as the lead writer for an upcoming AAA game. “The year is 2012. You are the lead writer for the third game in the wildly popular ShatterGate™ franchise. Expectations are through the roof: fans of the series are waiting for the biggest, most bad-ass entry in the series yet, and your publisher is expecting the best-selling title in its history. But the game’s development hasn’t gone as smoothly as planned. One morning, just a couple months before E3 and six months before ship, an emergency meeting is called…”