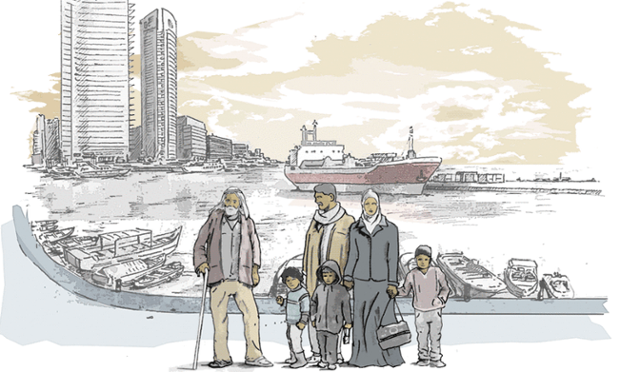 BBC reporter Mamdouh Akbiek and researcher Eloise Dicker, put their knowledge and experience of the conflict into an interactive text adventure, Syrian Journey, which is available for free on the BBC site. Based on dozens of first-hand stories accrued during a BBC Arabic digital project on the region, it starts with the player selling their home in Damascus for a vastly reduced price, before making a series of gruelling decisions about what to do next. Do you flee to Egypt or Turkey? Do you trust the traffickers profiting from the misery of refugees?

Also, a very interesting – and quite ideological – debate emerged on whether the BBC made an “appropriate” choice in proposing a game about Syria. The Guardian interviewed Janet Jones, professor in journalism and dean of arts and creative industries at London South Bank university. “The idea that in the future, news will be played rather than read is quite hard for some people to think about,” she says.

Read the article on The Guardian at http://www.theguardian.com/technology/2015/apr/06/syrian-journey-bbc-game-refugee-crisis