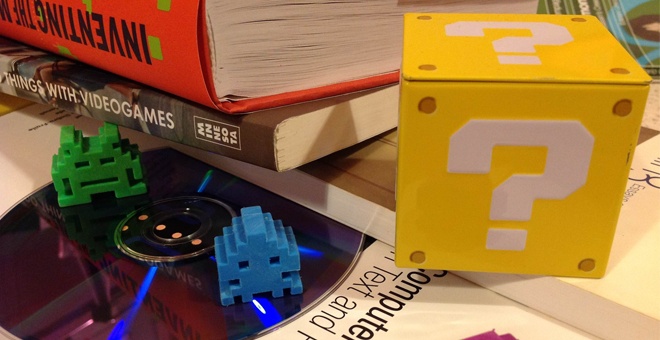 G|A|M|E Journal invites the submission of analyses and reflections about the possibility (or lack thereof) of creating playable critiques of video games and of game culture at large. With this topic, G|A|M|E aims at exploring the feasibility of a playable game criticism – a meta-level in which playing, designing and critiquing overlap.

We invite the submission of both written essays and playable Games on Games that elaborate on the practices and cultures of computer gaming (playing, designing, developing…) using procedural media.

What are the defining characteristics of Games on Games? What is the relationship between Games on Games and their precursors? What are their epistemological bases? How can we situate Games on Games in the academic world, in relation to more traditional analyses expressed in linear media? Which theoretical contributions could Games on Games offer to designers and researchers?

Those who wish to contribute written essays will have to submit a 500-words abstract by October 5th, 2015. Those who wish to propose a playable game will have to send a 500-words executive brief, possibly with screenshots, diagrams and/or a playable demo, by October 5th, 2015.
Notification of acceptance, for essays and games: November 5th, 2015.
All accepted authors will be asked to submit the full paper and/or full game by February 20th, 2016. Those submitting a game will also need to produce an author’s statement/critical introduction to their piece (about 3000 characters).

Read the full CFP at http://www.gamejournal.it/n-52016-games-on-games-game-design-as-critical-reflexive-practice/