Using Fiction to Map the Emotional Geography of Victorian London 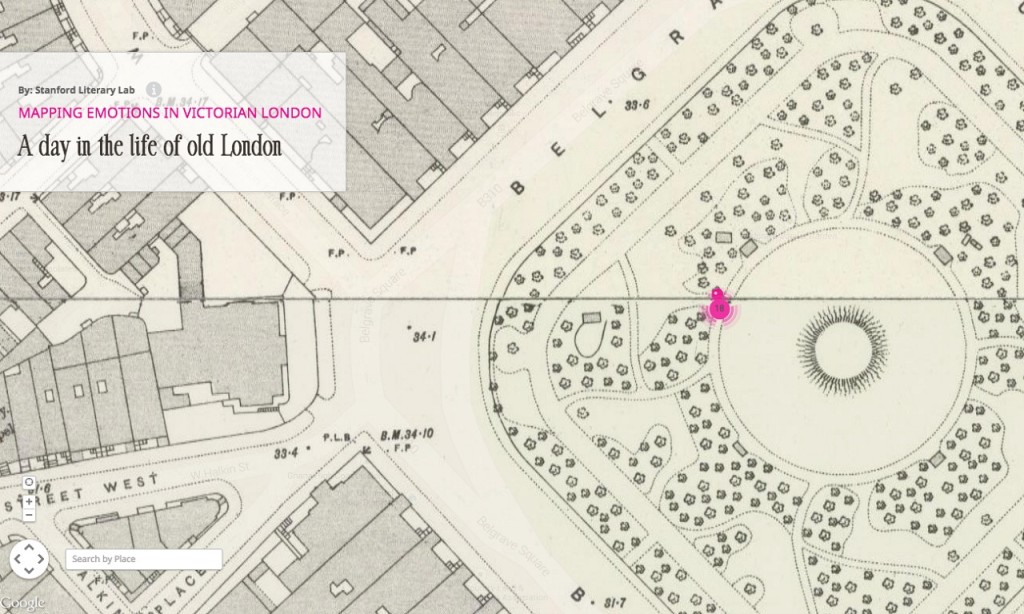 The Stanford Literary Lab has plotted quotes from over 700 19th-century authors who mentioned locations in London in order to compose concentrations of dread or happiness. Mapping Emotions in Victorian London, created on the Historypin platform in collaboration with the Center for Spatial and Textual Analysis, is part of the Stanford Literary Lab’s ongoing data mining of literature; additional projects include studying the relationship between title and text in 18th-century fiction and how the poetic form has evolved over time. The recently launched Victorian “emotional geography” map might appear a bit random at first, with pins linking to out-of-context quotes from authors as varied as Charles Dickens, William Makepeace Thackeray, and forgotten romance authors; however, it does have more subtlety than simply telling us that slums evoke horror and parks, happiness. As the Lab’s associate researcher director, Ryan Heuser, told the New York Times, fear was surprisingly more “associated with ancient markets and prisons” than poverty. This could relate to the authors themselves, as they likely weren’t in the almshouse if they were successfully publishing novels.