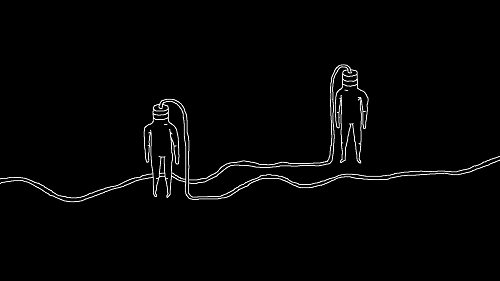 PLUG & PLAY is an award winning Short Film and Game for your digital device.
Explore the feelings of anthropoid creatures that go beyond sexuality and reproduction: love. PLUG & PLAY is a surreal play with plugs.

Michael Frei teamed up with Mario von Rickenbach and Etter Studio to develop the interactive version of his animated short film PLUG & PLAY. The project is launched online two years after the films festival debut in Clermont-Ferrand 2013.

The short film is available for free at http://vimeo.com/michaelear/plugplay